Do you believe in…? 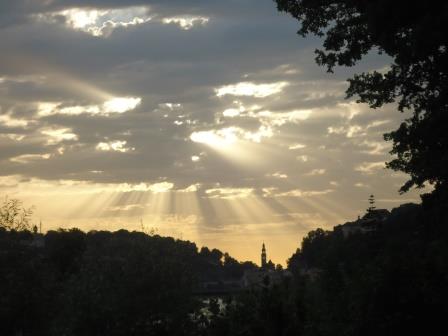 Who hasn’t heard that question “Do you believe in … ?” I certainly have. It could be that proverbial couple that knocks on my door and asks if I believe in some demi-god from the Middle East, or the scientist friend wondering if I believe in Astrology, and why on Earth I would. Or it could be that someone asks the mind hive of social media if it is possible to believe in a revealed religion and at the same time in a pagan God or Goddess.

I don’t mind being asked. It’s just that I feel that too many people stress out far too much over “Do I have to believe in something?” And there is no need to worry. At all.

What does that even mean — believing in?

The question “Do you believe in?” is simply not complete. It needs context. I could, for example, believe in my son having capacity to finish high school. Or in my daughter excelling in veterinarian school, some years ahead. But just believing in them? There needs to be something attached to the question that qualifies what you believe a person — or divination system such as astrology — can do.

Typically, you would base your believe on some information, some body of data, that allows you to take a decision whether or not what you believe has some probability of being, or at least becoming, true. But when I read someone’s boast on social media recently, that Lady Gaga told them in a L.A. bar that she, Gaga, “believed in them”, I do wonder how Ms. Gaga knows? By all means, savor the moment. But without knowing what it was that Lady Gaga believed that person can achieve, it still means litte to nothing.

So, in the case of my kids, data and experience show that they have done well so far, that they have the general or particular intellectual capacity and interest in the things I can believe they can achieve. I can only believe, not know, because we are talking about future scenarios, and fate can always throw a monkey wrench into these plans — accidents, change of interests, chemical imbalances in the brain — who knows? Nobody does. Hence the “believe”, not the “know”. But, given the circumstances, it’s not too much out of whack for me to believe these things.
There are some way out of whack things I would advise anyone not to believe in. But that might be for another blog, another time.

The difficulty I have with the question “Do you believe in Jesus?” by the almost proverbial couple knocking on the front door — or anyone who for whatever reason feels compelled to ask me that — is not that they are asking me about Jesus. Whatever he is, a God or a prophet, he is meaningful to people. I fully appreciate that. And while I do not follow the Christian path, I will always defend people’s right to do so. What I don’t like about the question is that it is so vague, and that I would have to give different answers once I know what it is actually people want to know that I believe.

That he existed? Well, I am straight at 50% here. Never would I rely on only one report, a compilation of scriptures from 1,900 to 1,700 years ago, when trying to assess the probability of something being actually true. Why in this case? Secular writers such as Sueton, Pliny the Younger, Philon and particularly Justus of Tiberias do not mention him in their historiae, and even Catholic theologists admit nowadays that the “Testimoniae” by Tacitus and Josephus Flavius are doubtful. But…could there have been a Jewish person who preached the coming of God, the end of the world, and got in trouble over that? Sure, why not. Since that was a widely popular profession back then, that is not a totally out of whack assumption. They called an end-time preacher like that “Messiah”.

Do I believe in Jesus having the most followers, in numbers and relative to the world population? Yup. Facts!

Or that he did all the Magic we are told about? Well, I believe it as much as I believe in any mythology. On a certain level, as in the Otherworld experiences of the writers of scripture, yes. But in the instance of the reality most of us agree upon? That would be a hard nope.
So would be the question if I believed in his return, as a rather disturbed person was obviously convinced he would, judging from the sign they held up in a subway station where I waited for a train recently (most disturbing was the axe sticking out of their backpack, actually).

Sooo…different answers to the question, depending on what the person asking it could potentially want to know.

And what about Astrology?

Again, if the question is whether or not I believe it exists, that would be another “Facts!”. There is physical evidence of its existence, and historical one, as it was taught in European universities until the Renaissance.

Do I believe that it accurately predicts the future? Nope!

Or that it describes the quality of a particular point in time and space (on Earth) like a huge calendar, clock, and GPS all in one? Well, facts, that’s what astrology is. The debate is how accurate the conclusions are one draws from this information. Here we are talking about empirical data, and that can always be debated. Like pretty much any economical model, for example, which are also all based on empirical data. Only that people bet huge amounts of money that the data turns out to be true, and profitable. They call it investing, but it’s really betting.

Is it all about believing, though?

Does it really matter if we believe in deities, myths, and magical tools? Not in my book. Because for me, experiencing makes so much more sense. Experiencing the Otherworld, experiencing Gods and Goddesses old and new, experiencing how Tarot readings and astrological charts align with a person’s life. Experience is what life is really about!

And with experiencing I don’t mean walking through the forest in amazement, thinking that experiencing beauty is experiencing the divine. I mean the spine tingling, skin crawling, out of space and time encounter that unhinges you from ordinary reality for a moment or two.

So if you’re compelled to knock on my door, proverbial couple, ask me if I have experienced Jesus. And I will give you the straight forward answer that I have not. I have learned about him in school, heard about him in church (whereto my parents sent me), and read about him in more or less critical books. Never experienced him.

Thor I experience regularly. The loud, rough, but genuinely supportive and definitely humorous deity, who let’s me know what he thinks by yelling at me with his booming voice. I don’t know why him, because I am an Alpine Celtic guy. But I don’t think I have much say there.

I have experienced the essence, the animus, of our Mother Earth a few times. Mind boggling encounters. More often, it is the three Goddesses Wilbet, Ambet, and Borbet who I meet when I wander through the forlorn forest or the remote valley, also known as the Otherworld. I can feel their presence. They communicate with me in this “suddenly I know this” manner.

Find out what I believe in, much rather have experienced, in my book “Mountain Magic”, available at lulu.com (preferred) and distributers such as amazon.com