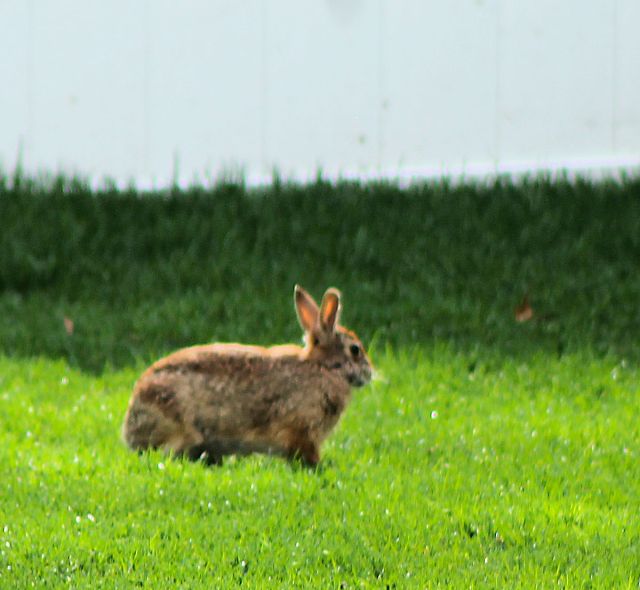 For years now social media debates (to put it nicely) have flared up around the northern hemisphere’s Spring Equinox: What is Easter, who “stole” it from whom, and why be there bunnies? I admit, it is one of the less straight forward festival to sort out, and my sense is that it is because there are so many details to consider: three faiths (and for simplicity I am calling all pre-Christian European spiritual paths a “faith”) and a number of languages. On top of this, quite some time has passed, and with that our common knowledge today is so different from what it was about 1,700 to 500 years ago.

To sort this thing out, we need to make sure we truly understand one fact: Jesus was a Jew, assuming there was actually one physical person of whom all these stories are about. Just let’s, for simpler writing. As a Jew, he would have celebrated Passover, with a meal where bread is broken and all that.

Let’s keep it at that for a moment, and talk about the next detail in this mystery, the calculation of this festival. Passover is entirely bound to the cycle of the Moon, and happens six and one half moon cycles after Rosh Hashana, which takes place on the New Moon during the previous September or October.

The Christian Easter is Sun and Moon bound — it happens on the first Sunday after the first Full Moon on or after the Spring Equinox. With the caveat that western Christianity bases that calculation on a fixed date of the Equinox on March 21st and the ecclesiastical Full Moon that appears on calculation tables the Catholic Church calculated out, while eastern (orthodox) Christians base it on the astronomical Full Moon and the Spring Equinox as observed in Jerusalem. There could be a month between the two Easters.

Wherever these three different calculations bring us, we can all agree that the celebration they determine, Passover or Easter, will happen on a different day each year. And why, a scientific mind might ask naively, could they possibly celebrate historical events such as the Exodus from Egypt (Passover) and Christ’s crucifixion, while the anniversaries of which should, for all intents and purposes of historical events, happen on the same day every year?
Well, because we are talking mythology here. These are stories containing kernels of truth, but the stories themselves are not entirely true. So they need not necessarily be celebrated on an actual anniversary.

This is where the Christian and the Jewish festivals veer apart in meaning. The latter is still about the Jewish Exodus, the former becomes the Last Supper. And with that comes the different way to calculate. Never mind that “the first Sunday after the first Full Moon on or after the Spring Equinox” is not so far away from the “14th day of the seventh Moon after Rosh Hashana”, which is pretty close to the Autumn Equinox (surprise: roughly six moons ago). But still, even if Christians and Jews end up close enough with their Spring festivals, the calculation is distinct enough to be considered “their own”. Let’s not forget, they didn’t like each other that much back then, so the Christians couldn’t just adopt the Jewish calculation.

Was this already complicated enough, we now have to explore why we call it “Easter”.

Well, to begin with, “we” is a tall order here, really, because “Easter” is only used in the English speaking world. Add to this the German “Ostern” and you have quite a large language group referring to the celebration with a term other than Last Supper or Passover.

But: it’s Pâques in French. The accent on the “a” is important to understand here, because this particular accent on a vowel denotes that there once was an “s” after the vowel, which now no longer exists. So, it was Pasques in older French or the “s” was at last still present in the Latin root of the word. And obviously, the term has its roots in Pascha, the Jewish name for Passover.
In Spanish, the festival is called Pascua; it’s Páscoa in Portuguese and Pasqua in Italian. In other words, the whole segment of the Christian world speaking some form of a Roman language — and that’s quite a big part — does not even go down the road calling the festival something related to Easter. They stuck with the original Jewish word for it!

To understand this better, we have to drop something that is quite similar to anthropomorphism (the very innate human behavior where we are so full of ourselves being human that we think that the rest of the world (animals, plants etc.) behave the same way). They don’t. But while it is good to drop anthropomorphism generally , what I am talking about here is that, similarly, we mustn’t think that certain knowledge and behavior we have today was common for people more than a millennium before us. It’s hard for my kids to understand how we functioned before cellphones, so it’s not a mystery that it is equally difficult to image a world without watches, calendars, functional maps etc.

In this particular case, to understand how life worked one and a half millennium and more ago, we must truly forget our knowledge of, or dependency on, the calendar. Or the ability to read it. That is: for the common folk that was not something they knew. People back then counted in days, fortnights, moons, and seasons. It was rather like “Let’s meet in three days” than “Let’s see each other on Tuesday”. The first church tower clocks didn’t even have a minute hand, and until the invention of pocket watches in the 16th and their actual coming into fashion in the 17th century, one would pick up the new coat from the tailor “in the morning” and not at 9:45 am.

In the Dark Ages, it was important for people to know the seasons, because they had to, for farming. But on which day the Spring Equinox occurred? That was told to them by the members of the learned class. In Celtic society, for example, that were the Druids.

So now, during the Dark Ages, the learned class of the people then classified as “pagan” was replaced by people of the frock, Church people. They, too, were learned, knew how to read and write, and interpret calendars. Or calculate out days. So, imagine yourself as an Saxon village person. You were always told by your learned person,

“Hey guys, in three days we will be gathering to celebrate the arrival of spring, and we will honor the Goddess Ostara.”

and now you are told by that new learned person,

“Hey guys, in three days we will be gathering to celebrate Passover, the Last Supper.”

And the new learned person rolled his eyes, and goes,

For the farmers and craftspeople, kind of pre-occupied with surviving, it made no difference. Some nerdy know-it-all told them when to celebrate. You throw on your best outfit, braid the girls’ hair, clean the boys’ noses and show up at the village common. Bring some for the potluck. That’s all.

So, yes, there is much intertwined into Easter, culturally and linguistically, that makes it somewhat confusing. But all we have to keep in mind are these few facts:

And what about the bunnies?

They are cute and, in Spring, do a lot of what bunnies do. And the hens increase their egg production that time of the year. And sacrificing a lamb for the divine or eating the last piece of cured leg of the pig (aka ham) slaughtered at Samhain (to not have to feed it through the harsh European winter) are all things that the pre-Christian Europeans of whatever “faith” have done for millennia. The Jewish people observed the same, by the way (wouldn’t eat ham, though).
And the “pagans” just kept doing the same old same old no matter what the Church called the festival of the season, or however that nerdy monk calculated the proper time to gather and celebrate. This is not “stealing”, it’s just people stubbornly continue doing what they’ve done for generations.

Other traditions people just kept doing despite the Church’s teachings can be found in my book “Mountain Magic”, available at lulu.com (preferred) and distributers such as amazon.com